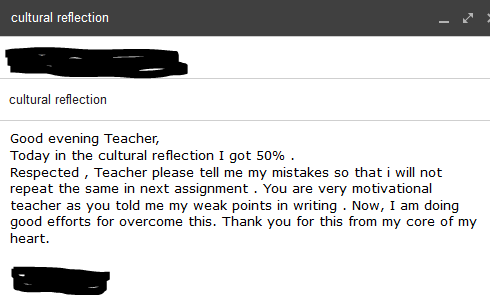 If someone told me that it would take between three to ten years to acquire the language skills that I needed to study at a post-secondary level, would I be up for the challenge or decide that it was just too difficult? Research in the area of Second Language Acquisition (SLA) indicates that it can take this long (Collier, 1987, Hakuta, Butler, and Witt, 2000). So when I noticed that many of my international students appeared to be struggling academically and disengaging in my language and communications course, I felt that I needed to find a new strategy or approach very quickly.

I started off with a simple Google search: student + language learning + motivation. Little did I know that what I would eventually discover would significantly change my approach as a language teacher, and also affect my own learning.

A Growth Minded Guy Walks Into a Bar...

So this guy walks into a bar, into the hotel bar actually, after the open mic night is over, after emceeing, performing a song of his own and helping to wrap up cords and take down equipment.  And he works his way up to visit with Jim Wooldridge AKA Señor Wooly (www.senorwooly.com) and Dr. Stephen Krashen, the professor whose works he had to read back in college.  He has actually talked to Stephen a couple of times during the conference, and he talked to Jim nearly every day to convince him to perform at the open mic night.  His improv version of "Puedo ir al baño" was a lifetime memory, and that's the glow over everything as Dr. Krashen looks at our guy and says "Get me an article about 'that' in the next week for the International Journal of Foreign Language Teaching, a page and half maximum."